My worst roommate experience ever. (Chapter 1 of 3)

November is the month of fall harvests and Thanksgiving. It also has been a month of transition for us a few times now. Our first roommates moved in around November. And our second one as well, and now our third one.

In Hawaii, especially Honolulu, there are lots of people coming and going. Many people move here to enjoy the climate and culture, however living spaces are shrinking in size and growing in price. So it's not surprising that extended ohana living and room/house sharing are even more common here than in similar urban areas. We are lucky enough to own our home, but because of the high demand and the financial, social, and emotional benefits that having another adult in the home can bring, we rent out our 2nd bedroom.

Unfortunately, sometimes this arrangement can bring more hardships than benefits. And it really drove home the lesson I learned with my parents; if someone is consistently bringing negative energy into your life and cannot treat your family with basic respect, they need to go.

Our housemate this past 2 years was someone I had
already lived with once so one could argue that I should have seen this coming. However I tend to be an optimist and I believe everyone deserves one second chance. But as sad as it is, some people refuse to improve no matter how many chances are handed to them. 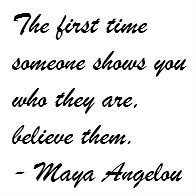 This cautionary tale is over ten years in the making.


When I first started attending UH Manoa to study Japanese in 2003, I was a blond haired boy-crazy hard partying 17 year old "otaku." I joined the campus's Japanese Culture Club and Anime Club and made many friends. One of these friends is the main character of the tale, I'll call him "CM" as those are his initials and they also stand for "Coffee Master" "Crusty Mattress", etc. there are many descriptions that could work here.

CM was working towards a double degree in English and Japanese, and was already pretty far along in it when I met him. He lived in the dorms that year, and the following year he was commuting from his family's house a few cities away. I spent a year in Japan, and we agreed that when I came back we would look for a place off-campus to rent with a couple of other people, and split the cost 4 ways. Our 2 other roommates would be: CG for Cool Guy or Cheese Guy (he's from Wisconsin), another soon graduating Japanese major, and CM's long-distance boyfriend (CMBF) who would be moving to Hawaii and living with us as well.

We found a place, put about 1/3 of the deposit each (CG and I actually put down a bit more since CM didn't have enough money.) and CG and I moved in with our suitcases and we were set. Being in college and living here and there has a tendency to make you a pretty light traveler. CMBF also came with a couple of suitcases and was set up pretty quickly.

CM, however, was still not moved in. He called us and a bunch of our friends from the college to the home to help him move. His stepfather was driving a truckload over from the house. We had to wait for him until very late since he was several hours later than promised, and after we all helped him unload a dozen or two boxes of books and DVDs that he "needed" plus his desk, his bed, etc. he offered us nothing for our help. Well, at least he was all moved in now.

Or so we thought. A few days or weeks later, we started getting deliveries. A brand new couch, a huge pots and pans set, dining table and chairs, etc. Apparently, having thousands of dollars in student loan debt, owing over a thousand dollars to CG and me already for our portions of the deposit we paid for him and the first month's rent he was short wasn't enough. He needed to get a credit card and rack up thousands of dollars in debt there as well.

CG had gotten him a part-time job at the Starbucks he worked at, and the pay was minimum wage. CM earned about $700/month. He only took two classes per semester at that point. Yet for the year we lived there, he never went to class, never got a second job, and was constantly short on the rent. He ended up failing the same two classes three separate times each. He signed up, paid (well, FAFSA did) proceeded to not even bother to show up, didn't drop, got a failing grade, and repeated the same process another two times, which was pretty much equivalent to throwing his GPA and transcripts in the toilet and flushing.

There were multiple reasons for this. One was his new pursuit of being a "Starbucks Coffee Master". They had a program where if you studied and took a test, you would get a black apron, and no pay raise. So logically he spent large amounts of his own money on bags of Starbucks coffee plus various fruits, cheeses, snacks etc for "pairing" and doing "tastings" by himself and studying for this. I don't know if he ever got the black apron, but it doesn't seem like it would be worth throwing away 6+ years of a college education for.

Another was his boyfriend, who refused to get even a part-time job for the whole year he was living there despite there being multiple places within walking distance desperately hiring. CM simply wanted to stay in all day playing video games and watching TV instead of working or studying.
Or cleaning.

CG and I generally kept our clutter minimal. We lived out of suitcases, had a bowl or two to our names we washed right away after we used, and mostly lived off of leftovers from our jobs. CM thought that because he bingewatched Food Network that he was a gourmet chef, and he would use an entire set of pots and pans, plus several obscure ingredients he would buy full size and use a teaspoon of, to create whatever dish he saw on the TV that day. And then all the dishes and pots would usually stay in the sink for days, weeks, or months. At some point I gave up on using the kitchen and used the outside laundry sink to wash up my things. The living room was a constant pigsty except for the area around CG's couch, the dining area was littered with fast food wrappers and chicken bones, and the bathroom and CM's bedroom was disgusting as well. We had roaches and mice. CM regularly complained that no one cleaned. CMBF complained that people expected him to clean up after himself because he usually stayed inside all day literally doing nothing.

So to bring this chapter to a close, CG and I went our separate ways after the lease ended. We took our belongings, cleaned our areas, and got the hell out of there. CMBF went back to the Mainland. CM ended up overstaying for over a week, and was served with a bill for over $1000 in addition to not getting a cent of the deposit back.

I'm not sure what he ended up doing or where he lived after that or if he ever paid the landlord (because I know he never paid me or CG back). I heard here and there that he had attempted to go back to school but FAFSA blocked him again after another couple years for "Failure to make Progress" as he was just taking random classes like Food Science, Italian, Art, etc and not actually working towards any kind of profession.

As for me, I lived in a cheap sketchy room downtown for just my last semester, graduated, got married, moved to Japan, taught English, we saved up enough money for a downpayment, moved back to Hawaii, had a kid, bought a condo, you know how it goes.
When I moved back to HI, CM was a college dropout working retail minimum wage, and didn't seem to be able to hold down a job or stay in one place for very long (but it was never his fault, it was always them cutting his hours or the landlord being unfaaairrrrr). He was in a bad place, and I was looking for someone trustworthy to rent out our room to after our previous roommates moved back to the Mainland. 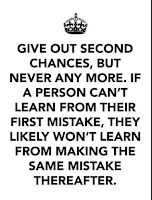 So I extended an offer.