February- a month of change!!

February is the month of the Chinese New Year, and seems that it's often a month that brings good changes for us, starting with February 25, 2005.


February 25, 2005 was the day that Yasushi and I met for the first time in Hawaii on after 6 months of chatting online. He spent 3 magical days here and we went on a sunset cruise, stayed in a hotel, and promised to see each other again. 6 months later, he came to Pennsylvania for another very short vacation, 3 days, but this time we knew it would only be another few months or so before we could see each other again, because I would be going to Japan for study abroad.

February 25, 2006, he proposed to me. I use the term loosely, because we both knew that we had found "the one" and that we would get married after I graduated.

February 24, 2008 was our wedding day. We had a lavish ceremony at a venue my mother chose, with over half of the 80+ guests in attendance her friends+coworkers, a good number of them people I had never even met. Nevertheless, it was our day, and I designed my dress and we had a Unitarian Universalist do the ceremony for us as we are not very religious, and I had a great time with my friends dancing to music I chose at the very end of the party.

Then in February of 2012, we moved to Hawaii after spending some time in the Mainland because we had to wait for my husband's green card to be completed....and also because I had found out that I was pregnant and had to wait until at least the 2nd trimester to fly safely. That month we also got a 4-D ultrasound and saw our daughter's face, and learned she would be a girl (to Yasushi's disappointment, but since she is now the most badass+fearless 2 year old girl anyone has ever seen with keen interest in Daddy's tools and motorcycle, there isn't anything to be disappointed about!) That was also the time I started "no-poo", a.k.a. made a decision to not use shampoo anymore. I am still going strong 3 years later with my sporadic "washes" of baking soda and ACV and occasional dab of coconut or argan oil.

February of 2013 was the official time I cut ties with my parents. From around the time I moved to Hawaii, I started this blog and used it to reflect on my own experience and write about my new experiences becoming a mother. However, my parents took offense to the descriptions of their verbal abuse and emotional neglect and then the following entries in which I described my current struggles with my CPTSD (which had not yet been diagnosed at the time, all I knew was it was depression, anxiety, and I had attempted suicide and spent a few days in the hospital.) Like my pregnancy, it was all about them and their image. After deciding for themselves that I had ASD and was a difficult child anyway, they told me they would never contact me again, and ignored me when I asked for help in getting professionally diagnosed by a psychologist specializing in ASD. 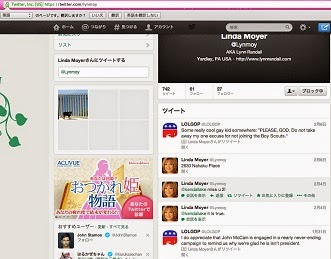 After that, my mother continued to stalk me and attempt to passively-aggressively harass me via her Twitter account. She deleted any tweet that mentioned me by name 1-2 days after posting it, but the rest of them are still alive. She kept this up for almost 2 years, actually, and I mostly ignored it except for one tweet in February of 2013 where she posted our home address, which I had never told her and took precautions so she wouldn't find out. So posting the address was clearly an act of spite, and harassment, and also an act that would put our family in danger. I wasted no time, contacted Twitter and an attorney and had it removed and sent a cease-and-desist letter within a few days. Again, never heard back, and now I have a new address which is a secure building, so it's very safe.

And so, now it is February 2015. It has officially been 10 years since Yasushi and I first met at Honolulu International Airport and couple of weeks before our anniversary, Yasushi found out that he would be promoted to Head Chef at his workplace. So instead of a usual dinner in a nice restaurant, we decided to do something a little more special for our anniversary and celebrate his promotion at the same time by going on a cruise. We had gone on a cruise on the day we met 10 years ago, but we were so nervous at the time and so much time had passed that neither of us remembered very many details of the cruise or the name of the ship.
However, using my knowledge of the travel industry here, I narrowed it down to two cruises, and then compared the two pictures I have of us on the cruise with pictures on Yelp, and found our boat. It was the Navatek. I called the number and spoke to a person that I spoke with regularly at work, but this time as a customer, not a business partner. However since I still am a business partner I did get some nice discounts and perks. The 3 of us had a great time on our sunset cruise and Chinami was the little Ambassador of Aloha and also gained a fan following and was busy taking pictures with everyone at the end of the night.

It has been an amazing 10 years, I am healthier and empowered with all kinds of knowledge and confidence that I didn't have 10 years ago. I wonder what things will be like after another 10 years? I know we will be living in the same place (hopefully with not too much mortgage left), and that will be the first time in my life for that to happen, and I hope we will have at least one more adorable, awesome child to share our love and our life with!